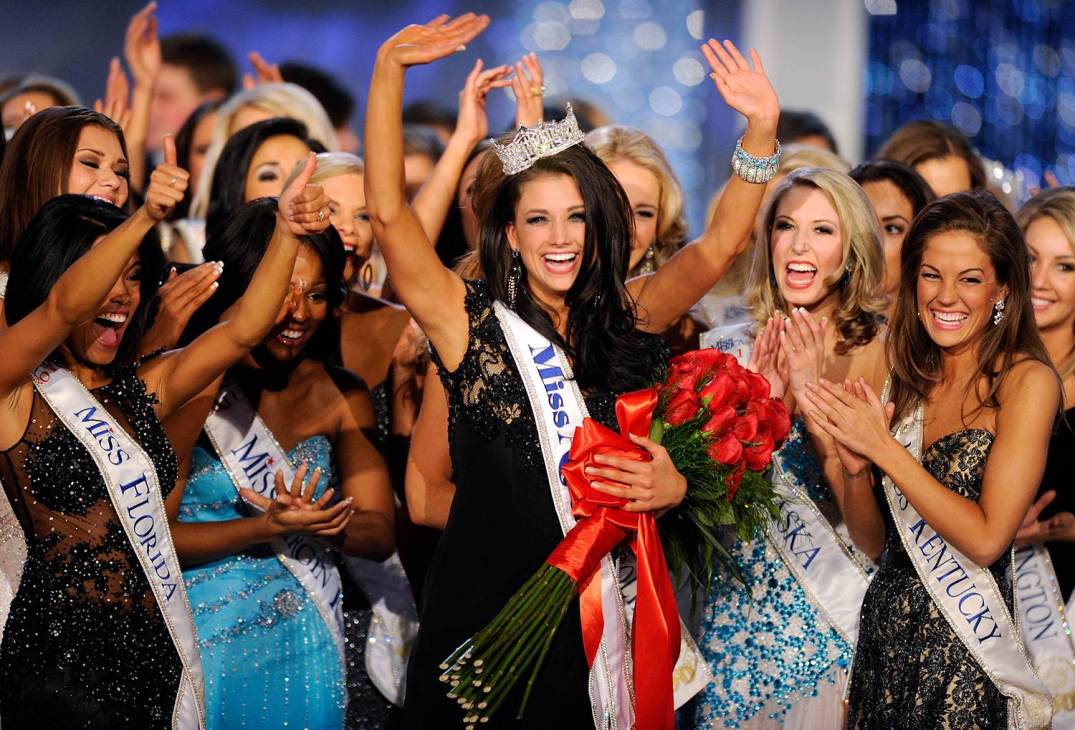 I don’t usually use my blog as a place to reflect on other people’s writing. That being said, last week, the Washington Post published an article about how the Miss America Organization is essentially the opposite of the feminist empowerment that we need, is outdated and not valuable to our society. The whole thing made my blood boil, and after watching some amazing women grace the stage at the Miss Fond Du Lac and Wisconsin Central pageants this weekend, I had a few things I wanted to say.
First of all, for those of you non-pageant followers, Miss America is different than and separate from Miss USA. But both programs empower young women to build each other up and work hard to achieve their dreams, whatever those dreams may be. Although I do not compete in the Miss America Organization, I do know that each of the women I have met who are a part of that organization are educated, strong, community-driven and impressive women. Now, let’s get to this article…
The article was written by a journalist and professor who is currently writing a “cultural history of the Miss America Pageant.” I will give her this, she had done her research about the history and  how the program began, but she fails to recognize how the pageant has progressed over its nearly 100 year existence. The part of the article that bothered me the most was the feeling statements about aspects of the pageant:
“The pageant has always been deeply invested in protecting the status quo in the face of women’s progress.”
Excuse me, have you spoken with anyone who has been a participant in this program or looked at the actual criteria by which the program operates? This article centers entirely on beauty and bikinis, missing the four points in the organization’s mission statement entirely; Style, Scholarship, Service, and Success.  The article fails to mention the platforms and community engagement the participants create, let alone what contributions the thousands of women who participate every single year go on and continue to make. In fact, there is a line that essentially scolds the pageant and the government for the scholarships that the organization offers for all of the hard work these women are doing.
“What failure of American democracy explains how a beauty contest accounts for the largest scholarship fund, about $6 million, for women in the United States?”
Isn’t everything that the participants do the exact criteria for a scholarship recipient? Dedicated to bettering their communities and themselves, working hard for the scholarship money they earn – by being phenomenal students, getting involved in community activities, creating platforms that go on to make impacts locally, nationally, and globally, and dedicating themselves for various goals: whether that means the goal of being Miss America, the goal of going on to graduate school or the goal of taking their platforms nationwide.
Google it I implore you, from former titleholders to local participants these women are literally changing the world. Stephanie Klett, former Miss Wisconsin and Secretary of the Wisconsin Department of Tourism, you are my shining example.
Issues with the organization came from MEN tearing down these strong women, yet here is an example of a woman doing the exact same. Isn’t the whole idea of empowerment to build each other up and support each other as we fearlessly embark on our goals? I give the author of this article my respect as she furthers her journalistic career and research (no offense intended to this very well educated writer, my thoughts are just one woman’s opinions about one piece you wrote), but I will say one final thing. If you are going to write an article (or a cultural history) about an organization that has impacted the lives of tens of thousands of women across the country, it seems only fair to actually interview some of those women. To ask them about what the scholarship money has done for them, to ask them how walking on stage in a swimsuit has boosted their confidence and empowered them to fearlessly do ANYTHING. It is not fair. And to the women in the Miss America Organization, I stand with you and appreciate each of you and the work you do as titleholders!
So ladies, even if we disagree with another woman’s decisions, let’s empower her to live HER life. If that means writing articles, conducting research, or wearing a bikini on stage let’s build each other up not tear each other down!
Dream Big,
Skylar
–
–
–
–
–
–
–
–
Mifflin, M. (2018, March 1). In the #MeToo era, it’s time to rethink the Miss America pageant. The Washington Post. Retrieved from https://www.washingtonpost.com/news/made-by-history/wp/2018/03/01/in-the-metoo-era-its-time-to-end-the-miss-america-pageant/?utm_term=.f07e4e114776
March 11, 2018March 16, 2018 by Skylar Witte Categories: Pageantry, UncategorizedTags: empowerment, missamerica, rebuttal 1 Comment

Up to no good 😈
After a crazy couple of years, this year was the first one I truly made LA my home. Lots of live music (both professional & at karaoke), exploring different parts of the city and time with friends. So excited for the year ahead!🤍